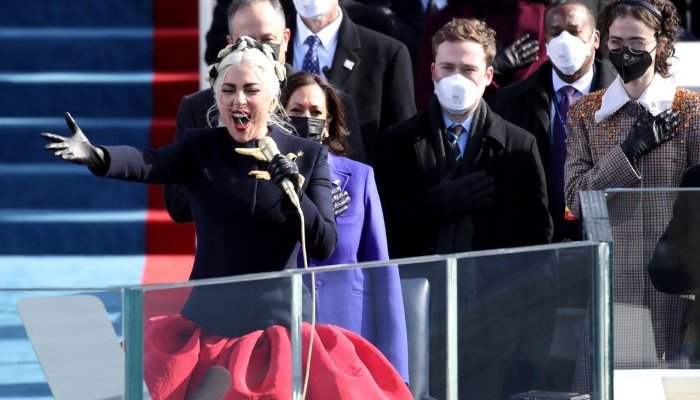 Lady Gaga stopped by The Late Late Show with Stephen Colbert and shared some eye-opening insight into her dress which she wore to President Joe Biden’s inauguration ceremony.

During the interview, Gaga also detailed her role in House of Gucci and her collaboration with Tony Bennett.

While speaking about the inauguration, she said, “It was one of the proudest moments I have ever had as a musician and a performer”.

She also revealed that her gown was bulletproof. “Yeah there was a bulletproof vest sewn into the dress,” Gaga told Colbert.

Gaga also spoke about her commitment to method acting in House of Gucci, and her collaboration with Bennett.

The pair’s musical special, An Evening with Tony Bennett and Lady Gaga, will air on Sunday on CBS and Paramount+. During her appearance on The Late Late Show, Gaga previewed the special with a clip of them performing “Anything Goes.”