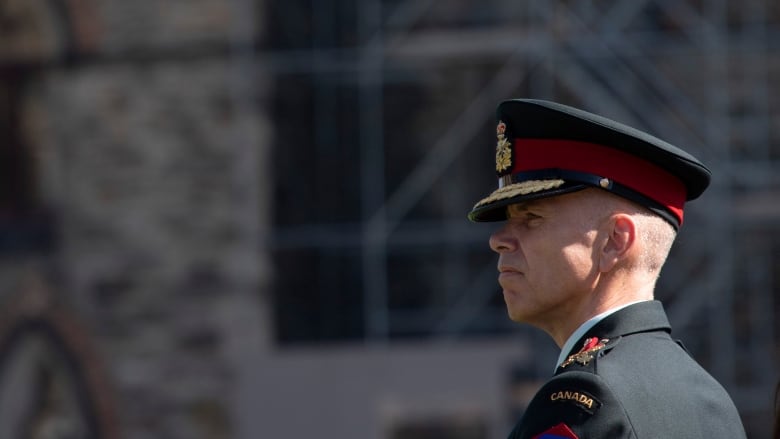 The Canadian Armed Forces’ new and permanent top commander says there will be enormous consequences if the military fails to revamp its culture and restore the morale of its members.

“If we don’t get this right, our ability to deliver operationally for Canada is going to be compromised,” said Gen. Wayne Eyre.

“Fixing those aspects of the culture absolutely has to be our top priority.”

Eyre made the comments during a Sunday appearance on CBC’s Rosemary Barton Live, just days after Prime Minister Justin Trudeau appointed him as Canada’s permanent chief of the defence staff.

Eyre had held that title on an acting basis since February. He took on the role after his predecessor, Admiral Art McDonald, voluntarily stepped down after learning he was under investigation for sexual misconduct.

Allegations of sexual misconduct have ripped through the force’s senior ranks.

Since early February 2021, 11 senior Canadian military leaders — current and former — have been sidelined, investigated or forced into retirement from some of the most powerful and prestigious posts in the defence establishment.

“To be completely honest, I would assess the state of the Canadian Armed Forces as being fragile,” Eyre said. He said the current state of morale is the worst he has experienced since becoming a senior commander.