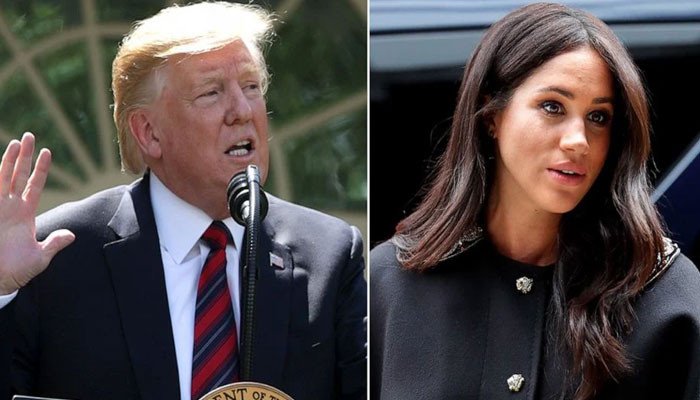 In an interview with GB News tonight, Trump declares that both the Duke and Duchess of Sussex in recent years have ‘hurt’ the monarch.

He told host Nigel Farage: ‘I’m not a fan of hers(Meghan Markle). I wasn’t from day one. I think Harry has been used horribly and I think some day he will regret it.

Trump continued to claim that Harry will one day regret his actions. “I think Harry’s been used and been used terribly. I think it’s ruined his relationship with his family, and it hurts the Queen.”

Trump also reminded Farage of the ‘inappropriate’ step taken by Markle where she wrote on the Sussexes’ headed paper to lobby Congress members on issues such as paternity leave.

As for the Queen,Trump revealed that he holds massive respect for the monarch since his mother was also from Scotland.