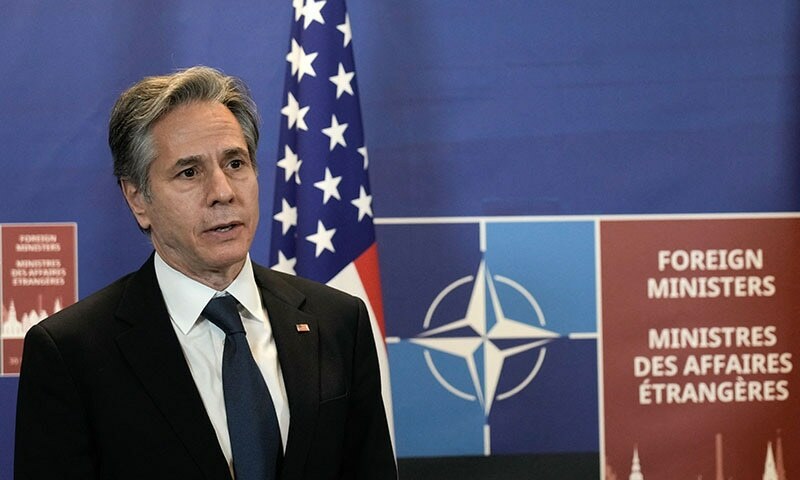 RIGA: The United States on Tuesday warned Russia of “serious consequences” if it launches an invasion of Ukraine, as Nato ministers looked to counter a military build-up by Moscow on its neighbour’s border.

The long-scheduled meeting of Nato top diplomats in Latvia’s capital Riga comes at a volatile moment along the bloc’s eastern flank as allies also grapple with a migrant crisis the West says is fuelled by Kremlin-backed Belarus.

Western countries spearheaded by the US worry that Moscow could be planning an incursion into Ukraine after accusing the Kremlin of massing tens of thousands of troops and heavy armour close to the frontier.

“Any escalatory actions by Russia would be of great concern to the United States… and any renewed aggression would trigger serious consequences,” US Secretary of State Antony Blinken told journalists ahead of the meeting.

“We have seen Russia’s playbook many times over.” Moscow, which seized Crimea from Ukraine in 2014 and backs separatists fighting Kiev, has strongly denied it is plotting an attack and blames Nato for fuelling tensions.

Russian President Vladimir Putin said on Tuesday that military exercises and other moves by the West and Ukraine threaten Russia’s security, warning against crossing the Kremlin’s “red lines”.

“Look, they spoke about a possible Russian military intervention in Ukraine at the beginning of the year. But as you see this did not happen,” Putin said.

The new build-up follows a similar surge in the spring, when Russia gathered around 100,000 troops on Ukraine’s borders but later announced a drawdown.

Nato diplomats say the bloc remains uncertain of Putin’s intentions this time round — but ministers will discuss contingency plans should Russia invade. The US-led alliance is looking to show the Kremlin it faces severe costs if it threatens Ukraine, while stopping short of provoking Moscow into further aggression.