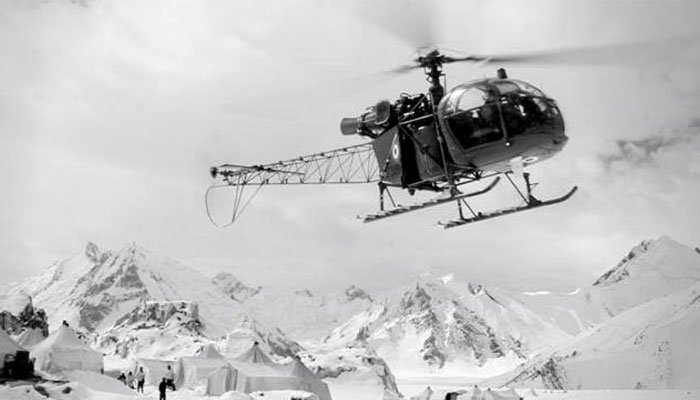 Two pilots embraced martyrdom after a Pakistan Army aviation helicopter crashed at Siachen in Gilgit-Baltistan’s (GB) Ghanche district, according to a statement issued by the military’s media affairs wing on Monday.

The martyred pilots were Major Irfan Bercha and Major Raja Zeeshan Jahanzeb, the Inter-Service Public Relations (ISPR) said, adding that search and rescue helicopters and army troops had reached the site of the accident following the crash.

The ISPR did not give a reason for the accident.

Separately, GB Chief Minister Khalid Khurshid Khan issued a statement, expressing grief over the incident and extending his condolences to the families of the martyred pilots.

“I and the [entire] nation salute the brave sons of the country,” she said, referring to the martyred pilots.