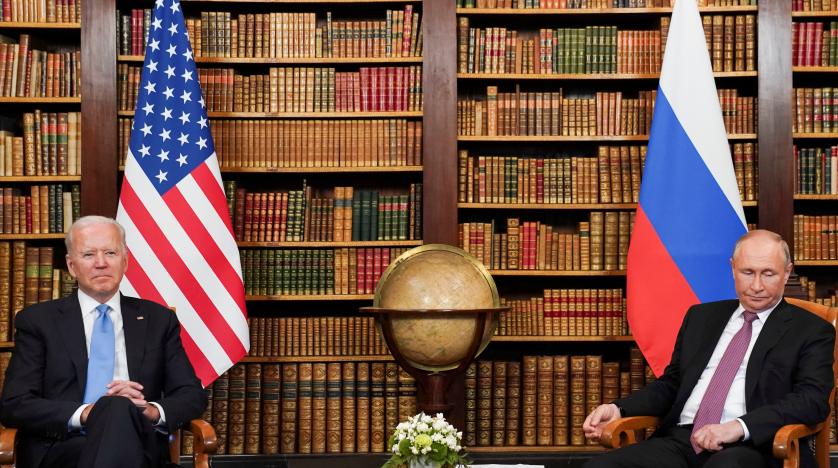 WASHINGTON: US President Joe Biden warned President Vladimir Putin Tuesday of a “strong” Western economic response to any attack on Ukraine, while the Kremlin leader demanded guarantees that the NATO alliance not push closer to Russia.

The two leaders met by video link in a tense, two-hour summit seen as a vital chance for defusing the growing tension on the Russian-Ukrainian frontier, with fears growing of war in Europe.

“President Biden voiced the deep concerns of the United States and our European allies about Russia’s escalation of forces surrounding Ukraine,” the White House said in a statement soon after the talks.

Biden “made clear that the US and our allies would respond with strong economic and other measures in the event of military escalation.”

The US leader also stressed “support for Ukraine’s sovereignty and territorial integrity and called for de-escalation and a return to diplomacy,” the statement said.

According to the White House, Biden and Putin agreed that their respective teams would “follow up” on the summit, underlining that the next US move would be “in close coordination with allies and partners.”

In its own readout, the Kremlin said Putin denounced the Western military alliance NATO’s “military potential” near Russia.

“Russia is seriously interested in obtaining reliable legal guarantees that will exclude NATO’s eastward expansion and the deployment of offensive strike weapons in countries adjacent to Russia,” the Kremlin said.