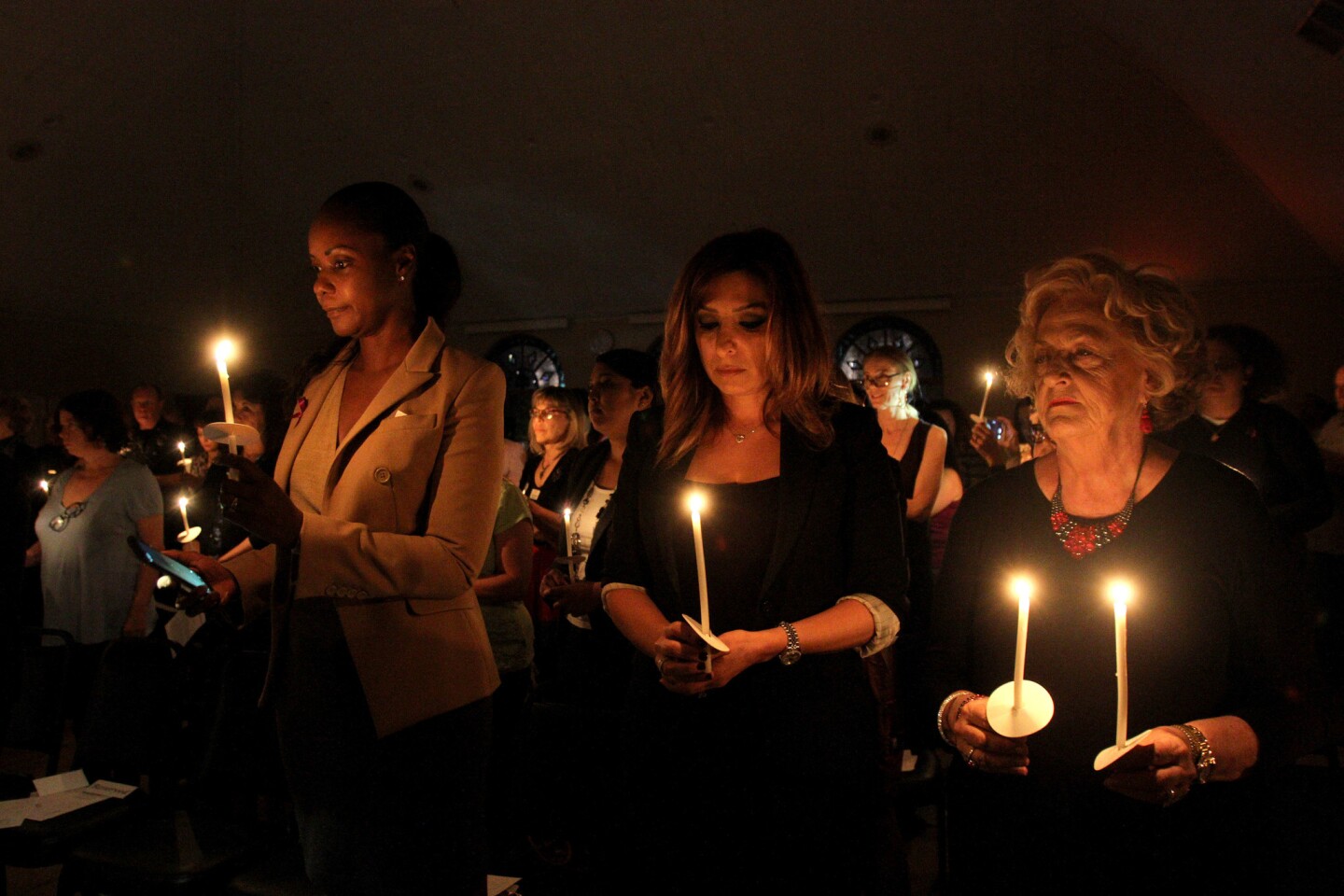 As people gathered in Renfrew, Ont., for a Dec. 6 vigil commemorating 14 women killed at Montreal’s École Polytechnique in 1989, another woman was on the minds of many: a local mother who was the recent victim of a violent death.

Candles flickered and roses wilted in the bitter cold as dozens of people gathered for the vigil about 100 kilometres from Ottawa.

“We felt if we were present here, that we could share resources if folks wanted to reach out,” said JoAnne Brooks, co-ordinator for the Ending Violence Against Women Committee of Renfrew County.

Police are still investigating the Nov. 15 deaths of the local mother, who was found dead with her partner in their home. CBC News is not naming either of them because the case is still under investigation.

At the vigil, organizers handed out 23 roses, each with a tag bearing the name of a woman killed in the county in cases of intimate-partner homicides stretching back to the 1970s, along with one more for those who have not yet been named or identified and another for missing and murdered Indigenous women and girls.

“Women are killed by men at such a high level and with such frequency in Ontario that sometimes it it feels almost like, ‘Oh, here we go again,'” said Pamela Cross, a lawyer who works with a number of violence against women organizations across Ontario.