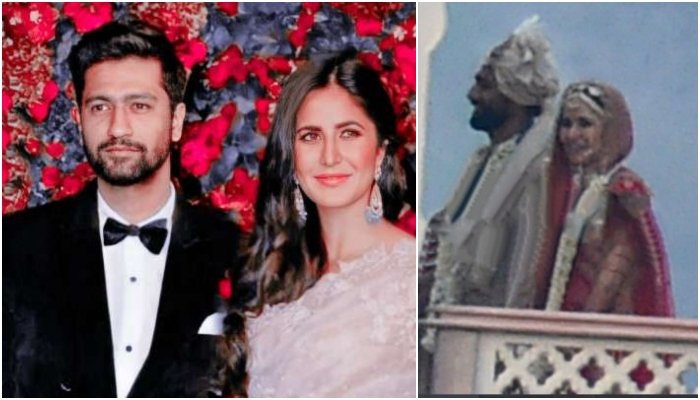 The wedding ceremony, which was a private affair, was held at Six Senses, Fort Barwara in Sawai Madhopur, Rajasthan.

While no inside pictures or video have been shared with media outlets, paparazzi snapped some wedding guests inside Fort Barwara today, including groom’s father Sham Kaushal.

Reports further said that the Ek Tha Tiger actress wore a beautiful pink Sabyasachi lehnga for her big day. Reports further suggests that after their two wedding ceremonies, the couple is set to host a grand reception in the evening. The couple has already celebrated their sangeet and mehendi ceremonies.

According to reports, Katrina and Vicky have been dating since 2019. However, neither has ever confirmed the relationship publicly. They were spotted visiting each other’s houses before leaving for Rajasthan.