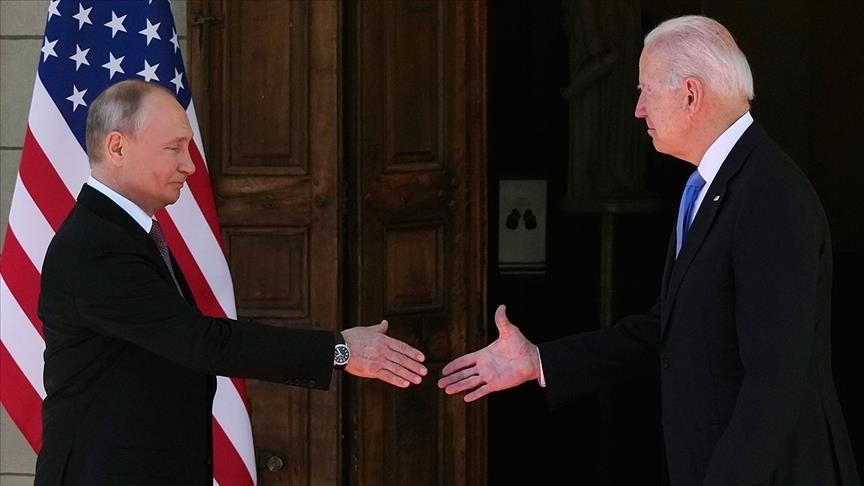 MOSCOW — The Kremlin expects a swift start to U.S.-Russia talks on the confrontation over Ukraine after President Biden and President Vladimir Putin both accused the other of military escalation in the region.

Putin on Wednesday called the video-link talks with Biden “open, substantive and constructive” amid Western fears that Russia’s military buildup near Ukraine’s border was a prelude to an invasion. In eastern Ukraine, Moscow-allied separatists have battled Kyiv’s Western-allied forces since 2014.

But Putin also underscored the difficulties ahead: Russia’s demand that Ukraine not be considered for NATO membership — a stance that NATO officials have repeatedly made clear they will not agree to.

“We can continue this dialogue. It seems to me that’s the main thing,” Putin said.

In Washington, Biden said Wednesday that putting additional U.S. troops on the ground in Ukraine is “not on the table.” The United States currently has troops in Ukraine for training purposes.

What you need to know about tensions between Ukraine and Russia

Putin said Russia would shortly send Washington its proposals spelling out the security guarantees it wants.

“Russia will prepare its considerations literally within the next days, within a week, and we’ll pass them on to the American side for consideration,” he said.

Putin, speaking to journalists after talks with Greek Prime Minister Kyriakos Mitsotakis, dismissed a question about whether Russia planned to attack Ukraine as “provocative.”

“We cannot help but be concerned about the prospects of Ukraine possibly joining NATO, because this would undoubtedly be followed by the placement of relevant military contingents, bases and weapons threatening us,” Putin said.

“Russia pursues a peaceful foreign policy, but it has the right to ensure its security, as I have already said, in the medium and longer term,” he added.

In Ukraine, top officials widely portrayed Tuesday’s Biden-Putin talks as a path to ease the crisis. Ukrainian President Volodymyr Zelensky and others were also upbeat about Biden’s pledges of support for Ukraine and warnings to Putin.

“I think that Ukraine’s victory is that the United States has always supported Ukraine, our sovereignty, our independence,” Zelensky said at a joint news conference after meeting with Croatian Prime Minister Andrej Plenkovic. Biden is due to brief Zelensky on the results of the talks on Thursday.