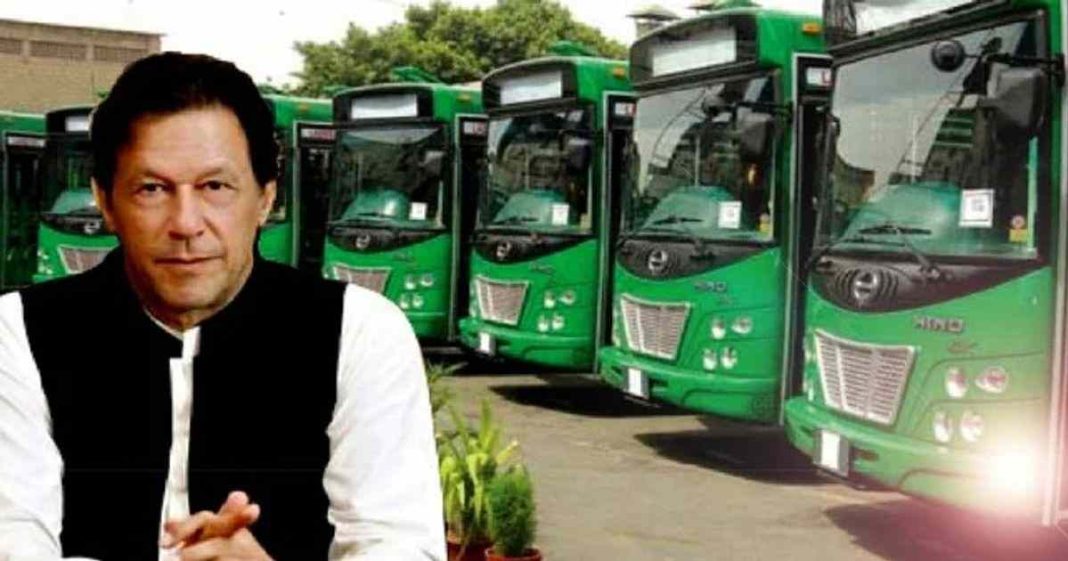 KARACHI: Prime Minister Imran Khan on Friday arrived in Karachi on a day-long visit during which he inaugurated the Green Line Bus Rapid Transit service.

The bus service is the first mass transit project in the city despite tall claims by major political parties of doing their best to address Karachi’s problems.

The inauguration was held at the main station of the Green Line project at Numaish Chowrangi. It kick started the first phase of the hybrid bus project under the Karachi Transformation Plan.

Speaking during the inauguration ceremony, the premier said that no city can develop without a modern transportation system.

“No modern city can function without a modern transportation system […] and Karachi is Pakistan’s engine of growth. If Karachi is prosperous, then Pakistan will become prosperous too,” he said.

The premier went on to say that there’s a city like this in every country — London runs the United Kingdom, New York has a major impact on the United States, and Paris has an impact on France.

The prime minister lamented that several governments came and went, but “no one paid attention” to Karachi’s transportation system.

Citing the example of some of the most developed cities of the world, the premier said that those cities were able to progress because they had modern management.

“Until and unless we focus on the management of Karachi, it cannot turn into a modern city,” he said. “Karachi, according to my estimate, does not even generate $30 million in revenue. It is important to give autonomy to Karachi, just like Tehran, London, and New York,” he said.

The prime minister said there was a need to get the mayor directly elected in Karachi and that PTI will do so in Peshawar, Islamabad, and Lahore.

While shedding light on the city’s environmental issues, he said due to the growing population, Karachi has become a very polluted place. He underscored the need for measures to be taken to address the problem.