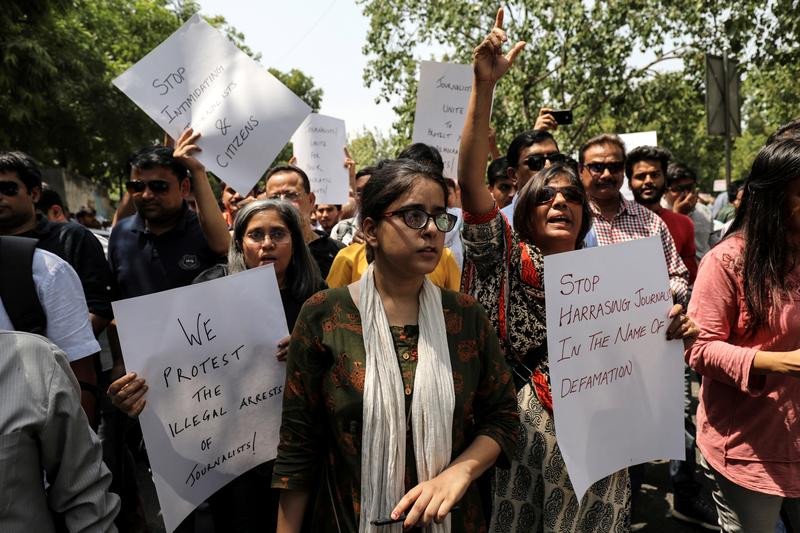 India, which claims to be the biggest democracy in the world, has the highest number of journalists killed in retaliation for their work this year, according to a Committee to Protect Journalists (CPJ) report.

Four journalists have been murdered in India for their work as of December 1, 2021, while a fifth died on a “dangerous assignment”, the US-based watchdog said in its annual survey on press freedom and attacks on the media.

“Seven Indian media persons were behind bars as a result of their reporting as of December 1,” it added.

The census also notes that at least 24 were reported as “murdered,” while 18 others died in “circumstances too murky to determine whether they were specific targets”.

According to the methodology of the report, the census “accounts only for journalists in government custody and does not include those who have disappeared or are held captive by non-State actors”.

It also does not include the many journalists imprisoned and released throughout the year.

According to The Print, the four Indian journalists confirmed to have been killed for their work are Avinash Jha (BNN News) in November, Chennakesavalu (EV5) and Manish Singh (Sudarshan TV) in August, and Sulabh Srivastava (ABP News) in June.

One journalist, Raman Kashyap of Sadhna TV Plus, died on a “dangerous assignment”, namely the Lakhimpur Kheri violence in October, it added.

The seven imprisoned journalists include two from Indian Occupied Jammu and Kashmir (IIOJK) — Aasif Sultan of the Kashmir Narrator (since 2018) and photojournalist Manan Dar (since October 2021).