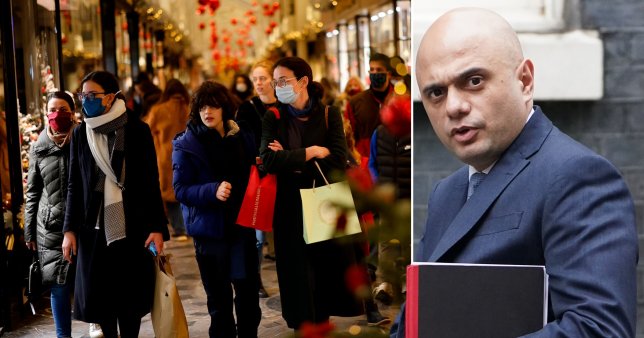 At the afternoon lobby briefing Downing Street indicated schools in England would only be closed in “the direst … emergency”.

Throughout we’ve always sought to keep face-to-face schooling open and have only restricted it in when there’s the direst public health emergency.

There’s certainly no plans to do that. We think we’ve got the right balance through plan B and our big uptick in boosters.

FacebookTwitter
16m ago
16:39
Wes Streeting, the shadow health secretary, said that Labour supported the target of getting vaccinations up to 1m per day. He said this may prove impossible, “but we applaud the ambition”. He went on:

If anyone can do it, the NHS can and the whole country will be willing them on and will not knock them for trying.

But he suggested Javid was “living on a different planet” if he thought lateral flow tests were easily available.

And he ended with what he said were words aimed directly at members of the public. He said:

The prime minister might not lead by example, but the rest of us can. We, the Labour party, trust you, the British people, to do the right thing to protect yourselves, to protect the ones you love and to protect the NHS.