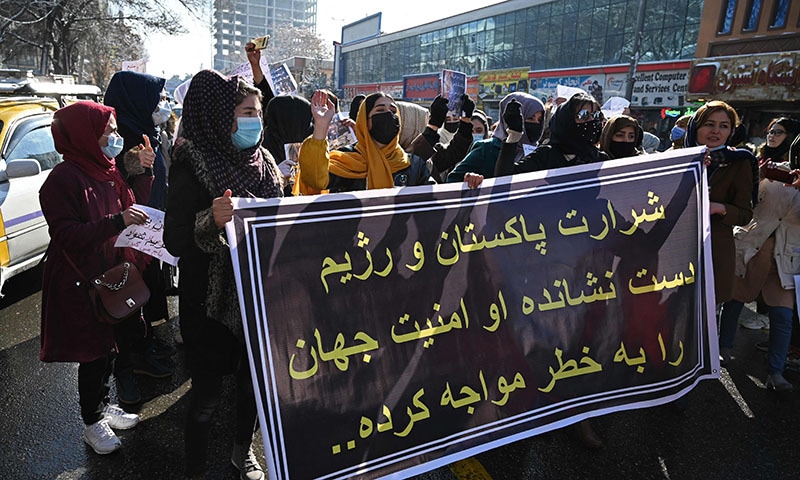 KABUL: Dozens of women protested on Thursday in Afghanistan’s capital, demanding the right to education, jobs and political representation from the Taliban government. Although public protests are effectively banned by Afghanistan’s Islamist rulers, authorities gave permission for the march — held in biting cold after the first snowfall of winter in Kabul.

“Food, careers and freedom,” participants chanted, while others held placards demanding women get political posts. Some protesters carried banners echoing Taliban complaints that the international community had frozen billions of dollars in aid and assets.

The Taliban have pledged a softer rule, compared with their first stint in power in the 1990s, but women are still largely excluded from government employment and secondary school education.

Despite being permitted to protest, participants said they remained in fear of the country’s current rulers. At one intersection Taliban fighters cocked and raised their weapons, but the march was allowed to continue.

“Fear is always there, but we cannot live in fear — we have to fight against our fear,” said 28-year-old Shahera Kohistan.

For weeks after the Taliban takeover of government, women staged almost daily protests to demand their rights, representation in government and roles in the deeply religious and conservative country, but following a violent crackdown on demonstrations, such street rallies waned.