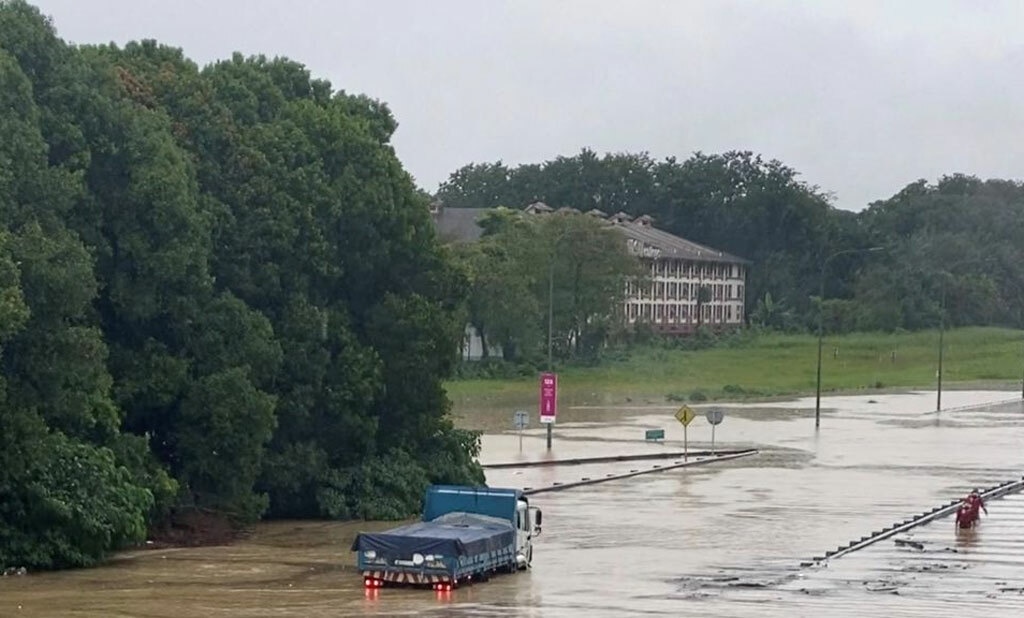 KUALA LUMPUR: More than 30,000 people were evacuated from their homes in Malaysia on Sunday as the country battles some of its worst floodings in years.

Downpours since Friday have caused rivers to overflow, submerging many urban areas and cutting off major roads, leaving thousands of motorists stranded.

More than 30,000 flood victims across eight states and territories were recorded on an official government website, with over 14,000 of them in the central state of Pahang.

Nearly 10,000 people fled their homes in the country’s richest state of Selangor — which surrounds the capital Kuala Lumpur — with Prime Minister Ismail Sabri Yaakob expressing surprise at the severe flooding there.

“The amount of rain that fell in Selangor yesterday, what fell in one day would usually fall in one month,” he told a Sunday press conference.

The premier promised swift aid for the flood victims and initial funding of 100 million ringgit ($23.7 million) to repair damaged houses and infrastructure.