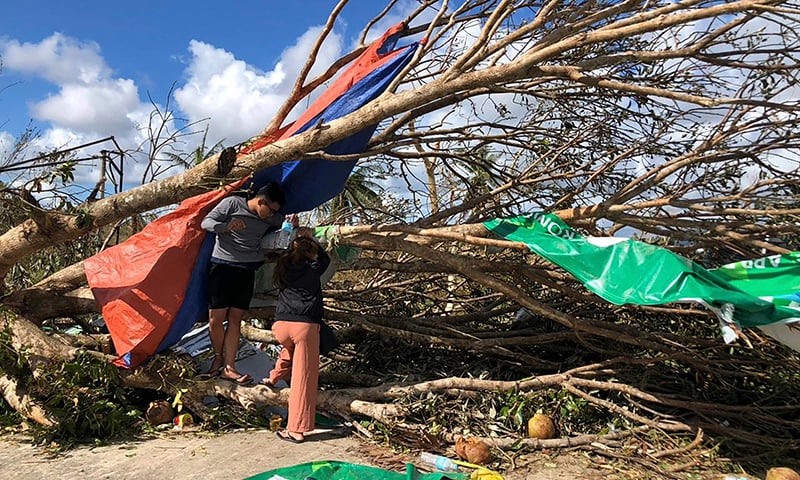 SURIGAO CITY: The death toll from the strongest typhoon to hit the Philippines this year surged to 375 on Monday, as desperate survivors pleaded for urgent supplies of drinking water and food.

“Our situation is so desperate,” said Ferry Asuncion, a street vendor in the hard-hit seaside city of Surigao, which was devastated by the storm.

At least 375 people were killed and 56 are missing in the latest disaster to hit the archipelago, with 500 more injured, the national police said.

More than 380,000 people fled their homes and beachfront resorts as Rai slammed into the country on Thursday.

One of the hardest-hit islands was Bohol — known for its beaches, “Chocolate Hills” and tiny tarsier primates — where at least 94 people have died, provincial Governor Arthur Yap said on Facebook.

Many wooden houses in Bohol’s coastal town of Ubay were flattened and small fishing boats destroyed on the island, where a state of calamity has been declared.

A senior official at the national disaster agency said he had not expected as many deaths.

“I was proven wrong as it appears now coming from the reports,” said Casiano Monilla, deputy administrator for operations.