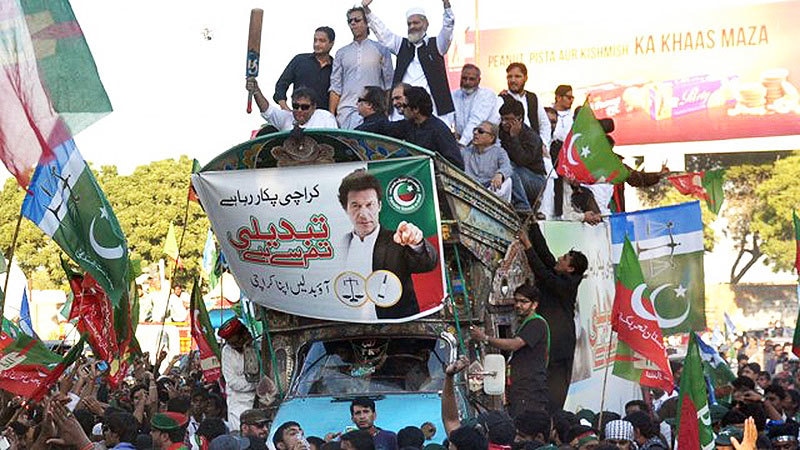 DERA ISMAIL KHAN/Bajaur: Two persons, including a policeman, were killed and seven others injured in election-related violence in different areas of Khyber Pakhtunkhwa, the police said on Monday.

Gunmen killed a policeman during counting of votes in Tank district on Sunday night.

The incident took place when a scuffle broke out outside a polling station in Amakhel village. The body of the deceased, Ehsanullah was found near the polling station on Monday morning, the police said.

Police shifted the body to a hospital, where it was handed over to family after postmortem.

In Haripur, a man was killed and four others were injured when rival groups clashed outside a polling station in Makhniyal village on Sunday evening.

Eyewitnesses and police said the clash occurred between the supporters of PTI’s candidate for Khanpur tehsil chairman’s slot Raja Shahab Sikandar and Raja Haroon Sikandar of PML-N over some dispute. The deceased and the injured were shifted to a hospital.

In Bajaur, three people, including two policemen, were injured when unknown persons attacked a police party in Salarzai tehsil on Sunday night.

Officials said the policemen were returning after performing security duty at a polling station when miscreants attached their vehicle in Malasaid area. They said two policemen, identified as Shaukat Khan and Niaz Bahadar, and a civilian Samiullah, a resident of Dandokai area of Salarzai, were wounded in the attack. The locals shifted the injured to the District Headquarters Hospital, Khar.