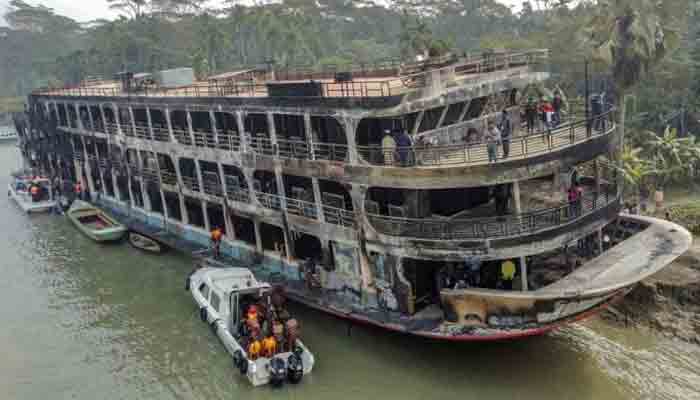 At least 37 people died in an inferno on an overcrowded night ferry in Bangladesh on Friday, with terrified passengers leaping overboard and dozens including children still unaccounted for.

The latest maritime tragedy to hit the impoverished low-lying nation saw a fire burn through the three-storey vessel in the early hours while passengers slept on board.

“The three-storey Obhijan 10 caught fire mid-river. We have recovered 37 bodies. The death toll may rise. Most died from the fire and a few by drowning after they jumped into the river,” local police chief Moinul Islam told AFP.

The incident happened early in the morning near the southern rural town of Jhalakathi, 250 kilometres south of the capital Dhaka. The vessel was carrying around 500 people.

Islam said the fire was believed to have originated in the engine room and then ripped through the ferry packed with people returning home from Dhaka.

“We have sent some 100 people with burn injuries to the hospitals in Barisal,” he said.