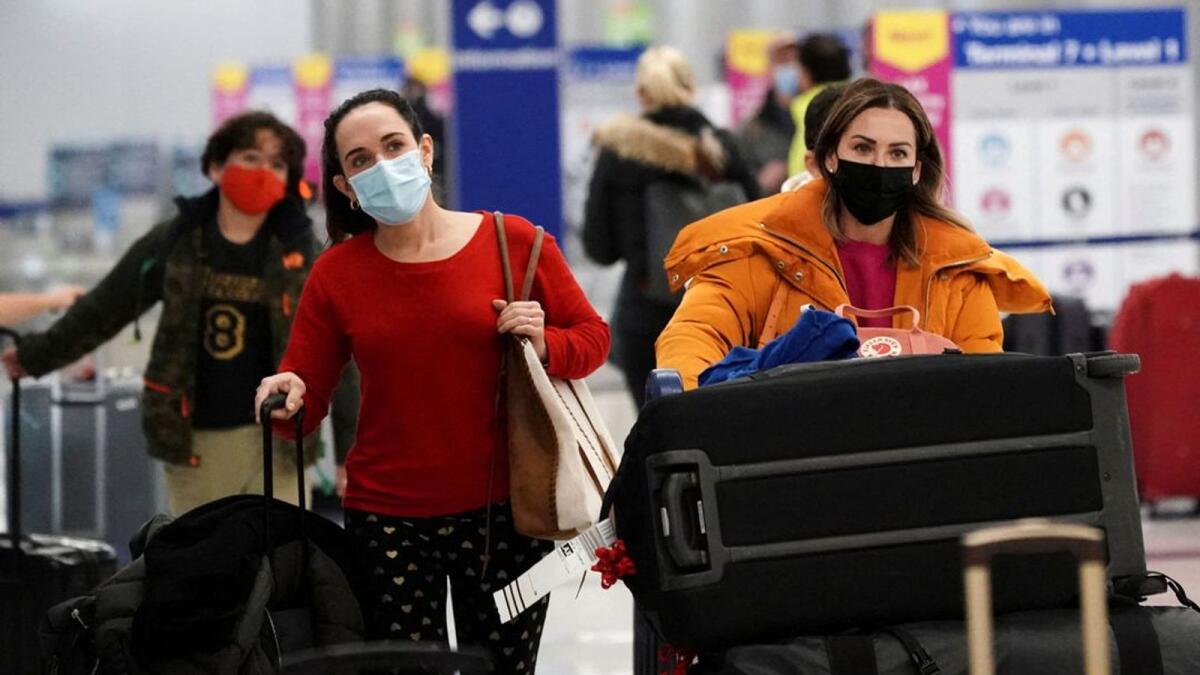 Millions of Americans are on the move during the busy travel days before Christmas, even as Covid infections with Omicron surpass the peak of the Delta wave and hospitals run out of space for patients.

Several thousand travellers were to face a grim Friday with major carrier United saying it was cancelling about 120 flights on Christmas Eve as the “nationwide spike in Omicron cases” impacts flight crews and other operations.

“As a result, we’ve unfortunately had to cancel some flights and are notifying impacted customers in advance of them coming to the airport,” United Airlines media relations office said Thursday in a statement to AFP.