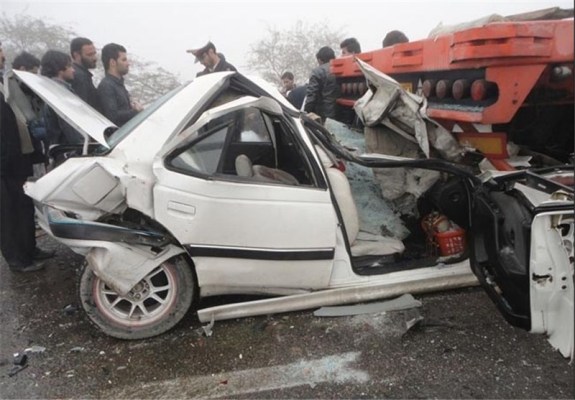 TEHRAN: Ten people were killed and more than a dozen injured in Iran on Saturday when a truck collided with a minibus transporting workers in Khuzestan province, state media said.

The accident occurred on the road between the cities of Ahvaz and Khorramshahr, Khuzestan’s traffic police chief Reza Dolatchahi said.

“The number of people killed in the crash on the old Ahvaz-Khorramshahr road has reached 10,” Dolatchahi said, according to the official IRNA news agency.

At least 13 other people were injured, IRNA said, citing a Khuzestan emergency services spokesperson. Those who died were the truck driver and passengers on the minibus, Fars news agency reported, citing an official from the province’s Red Crescent.

The Ahvaz-Khorramshahr road is 100 kilometres long and sees significant truck activity to and from the Shalamsheh border crossing with Iraq, according to Iranian media.

Although its roads are generally in good condition, Iran has one of the world’s highest traffic death rates partly because of poor driving habits, as well as the impact of international sanctions which prevent upgrades to vehicles.