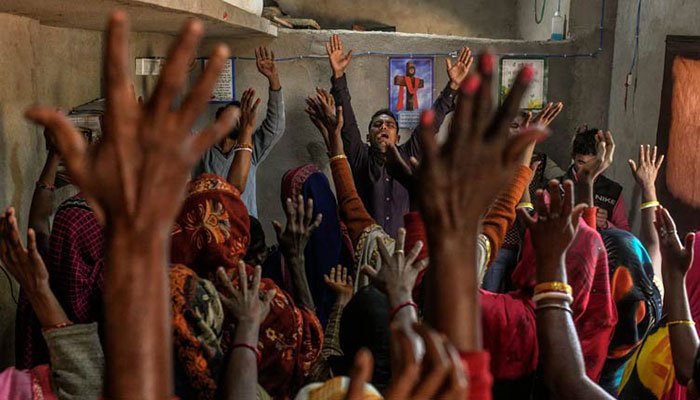 NEW YORK (Dunya News) – Terrifying revelations of atrocities against the Christian community in India have been brought to light by the American newspaper New York Times.

Hindu extremists are damaging the places of worship of the Christian community.

Horrific revelations have surfaced in the US or The New York Times that Hindu extremists have damaged Christian places of worship and prevent them from worshiping.

“They want to remove us from society,” a Christian farmer said of Hindu extremists. Rising attacks on Christians are part of a broader shift in India, in which minorities feel less safe.

The NY Times revelations further said, “Anti-Christian vigilantes are sweeping through villages, storming churches, burning Christian literature, attacking schools and assaulting worshipers. In many cases, the police and members of India’s governing party are helping them, government documents and dozens of interviews revealed. In church after church, the very act of worship has become dangerous despite constitutional protections for freedom of religion.”

The newspaper further added that the international community has serious concerns over the silence of the Indian Prime Minister over atrocities against the minorities. The Hindu extremist Modi wants to make India a nationalist country.a