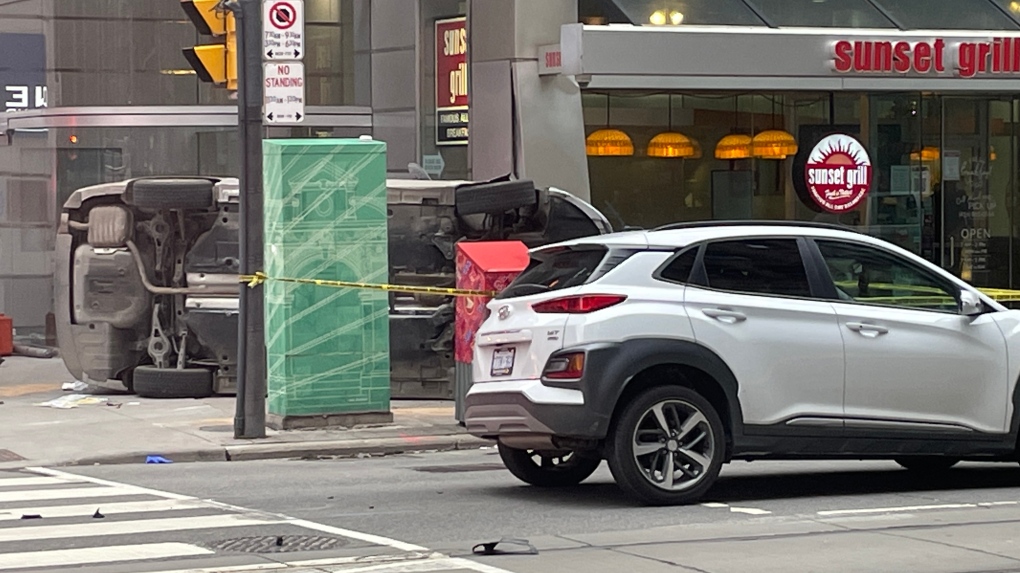 Eight people are injured, including two under the age of 15, following a two-vehicle collision in downtown Toronto on Sunday afternoon that saw a vehicle roll over onto the sidewalk and hit a group of pedestrians.

The crash occurred at about 2 p.m. at the intersection of Yonge and Richmond streets.

Two cars were heading west on Richmond Street when one crossed into the other’s lane, colliding with it, Const. Tony Macias of Toronto Police Traffic Services told CBC News.

“One of the vehicles, based on the initial information and investigation, crossed into the lane of the other vehicle, impacting on it, causing the vehicle to flip on its side and slide into the southwest corner, where seven pedestrians were standing,” he said.

Macias said eight people were rushed to hospital after the crash, including the driver of the car that flipped and seven pedestrians. At least one person has life-threatening injuries, he said.

The driver of the other car declined to be taken to hospital, police said.

Yonge Street was closed in both directions around Richmond Street for the investigation, but reopened at 9:30 p.m. Sunday.