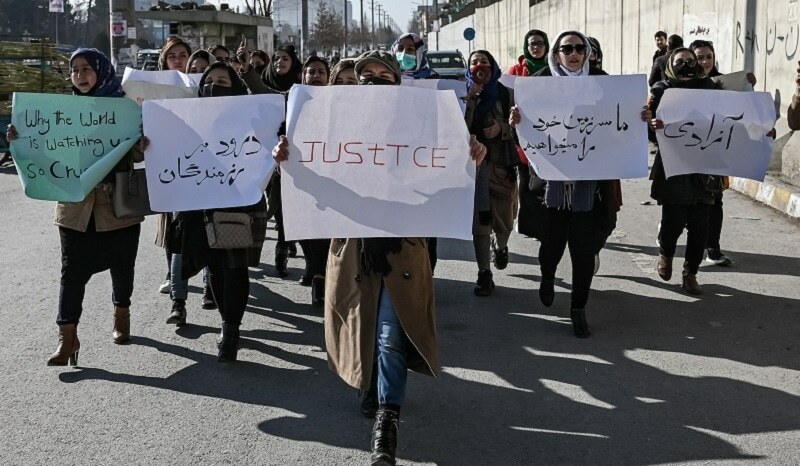 A crowd of women marched through the Afghan capital on Tuesday, accusing Taliban authorities of covertly killing soldiers who served the former US-backed regime.

Around 30 women gathered near a mosque in the centre of Kabul and marched a few hundred metres chanting “justice, justice” before they were stopped by Taliban forces, an AFP correspondent saw.

The Taliban also tried to prevent journalists from covering the march, organised against the “mysterious murders of young people, particularly the country’s former soldiers”, according to social media invitations.

Taliban fighters briefly detained a group of reporters and confiscated equipment from some photographers, deleting images from their cameras before returning them.

Since the hardliners returned to power in August they have effectively banned unsanctioned protests and frequently intervene to block demonstrations against their austere brand of Islam.

The protest comes weeks after separate reports by the United Nations, Amnesty International and Human Rights Watch said there were credible allegations of more than 100 extrajudicial killings by the Taliban since their takeover. “I want to tell the world, tell the Taliban to stop killing. We want freedom, we want justice, we want human rights,” said protester Nayera Koahistani.