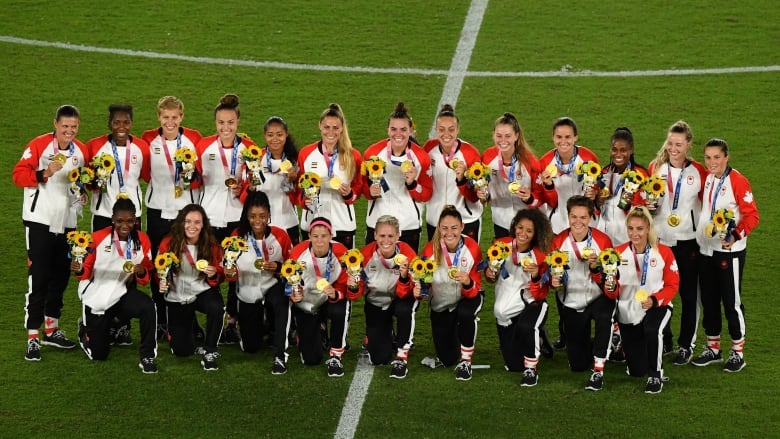 Nine years ago Canada’s national women’s team earned bronze at the London Olympics after a controversial semifinal loss to the United States.

Canada’s women were named the team of the year by The Canadian Press at the end of 2012, but the national side wanted more. They wanted Olympic gold.

Julia Grosso’s goal in penalty kicks lifted Canada to a 1-1 shootout victory over Sweden in the Tokyo Games final this past summer, realizing that nearly decade-old dream. That championship victory was the highlight of a 12-match unbeaten streak that once again earned Canada’s women team of the year honours from The Canadian Press on Thursday.