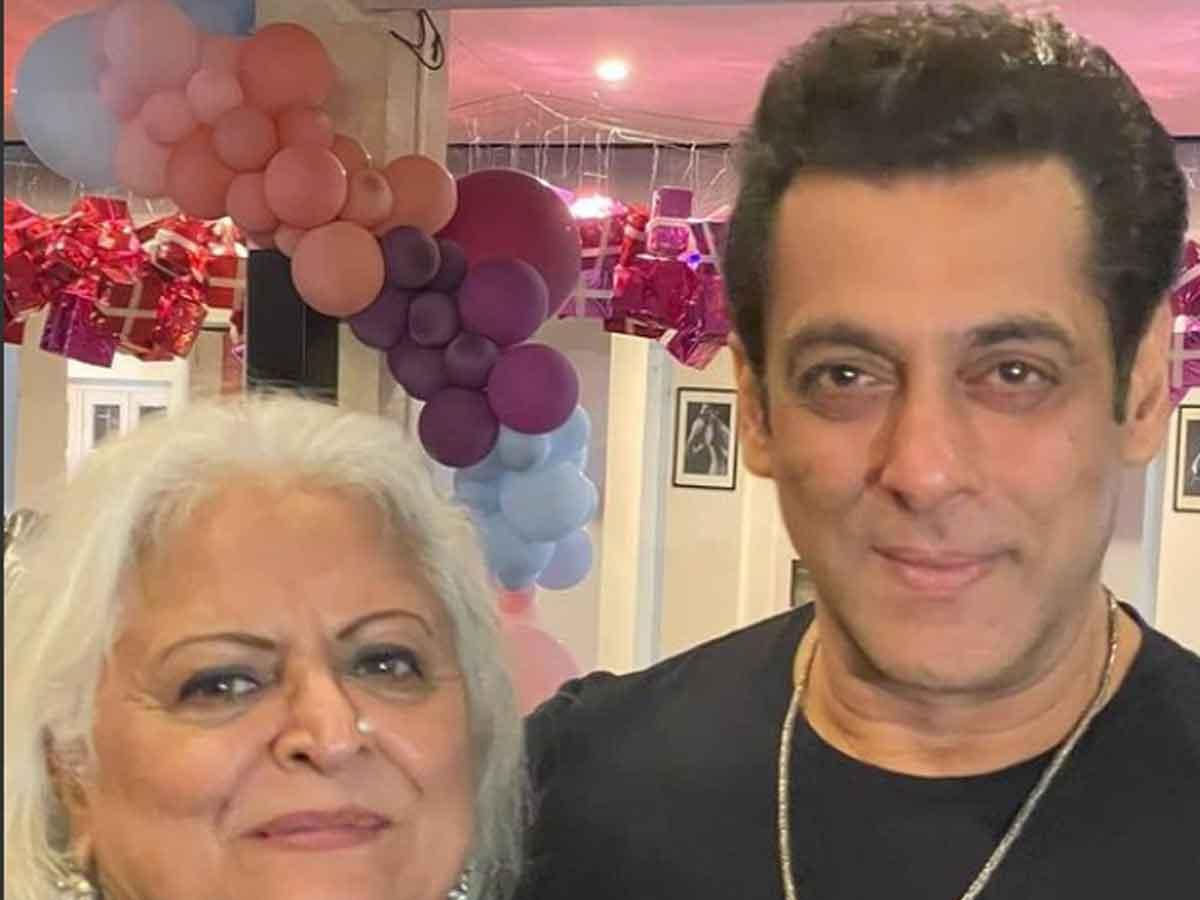 Salman Khan is not just an actor but an emotion. The actor, who has several blockbusters to his name, enjoys a massive fan following across the world. So, as he turned a year older this week, the Prem Ratan Dhan Payo actor was inundated with best wishes from fans and loved ones. Needless to say, Salman’s birthday has been more of a festival for his massive fan army. And while fans are yet to get over Salman’s birthday, we have got our hands on some inside pics of the superstar’s birthday bash at Panvel farmhouse and it was all about creating good memories.

The pics were shared by Bina Kak who is quite close to Salman and his family. In the pics, the Tiger Zinda Hai actress was seen twinning with Bina in a black t-shirt as he posed happily with the senior actress. This isn’t all. Bina was also seen posing with Samantha Lockwood who was among the special guests during Salman’s birthday celebration. In another pic, Bina was seen showering love on Sohail Khan and his son Nirvan Khan and it made us go aww. Besides, one can’t miss the decorations in the background with red and white balloons.

Take a look at inside pics from Salman Khan’s birthday bash: