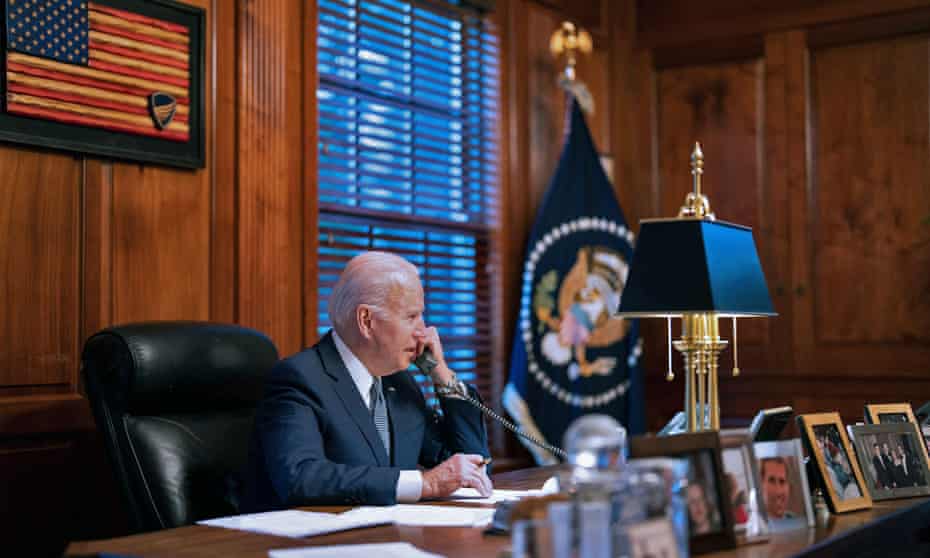 Joe Biden and Russian counterpart Vladimir Putin have exchanged warnings over the crisis in Ukraine during a 50-minute phone call that did little to lower the political temperature, according to their governments.

Russia has alarmed the US and its allies by massing tens of thousands of troops near its border with Ukraine over the past two months. This follows its seizure of Ukraine’s Crimea peninsula in 2014 and its backing of separatists in eastern Ukraine.

Thursday’s talks, requested by Putin, were the leaders’ second conversation this month but, the White House said, consisted of both men restating their positions – including Biden warning of severe consequences if Putin decides to invade.

“President Biden urged Russia to de-escalate tensions with Ukraine,” said Jen Psaki, the White House press secretary, in a statement. “He made clear that the United States and its allies and partners will respond decisively if Russia further invades Ukraine.”