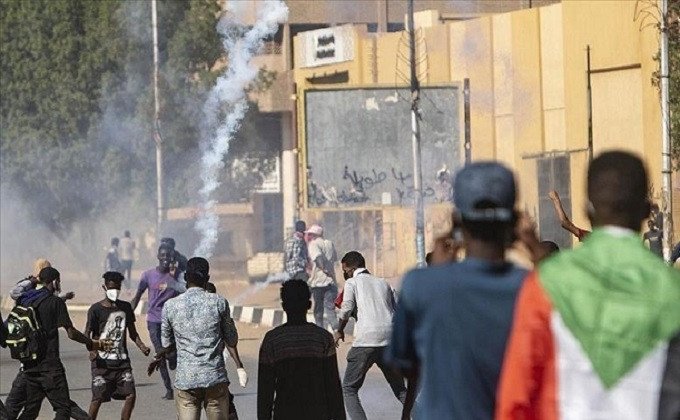 KHARTOUM:
At least four protesters were killed and hundreds injured demanding the restoration of civilian rule in Sudan, a doctors group said Friday.

At least four protesters were killed Thursday by live munition in Omdurman, the twin city of the capital Khartoum across the White Nile River, while 200 were injured, the Central Committee of the Sudanese Doctors said in a statement.

“Thursday’s repression of the demonstrations is known as a full-fledged crime against humanity, as the authorities launched a fierce war against peaceful demonstrations,” the committee said.

It added: “We detected about 200 injuries during Thursday’s demonstrations, including about 40 injuries from live bullets, some of which are critical.”

On Thursday, protest rallies took place in several areas in the capital Khartoum, Kasala, and Port Sudan in the country’s east, as well as the northern city of Atbara, according to an Anadolu Agency correspondent on the ground.

Protesters called for democratic civilian rule and decried a recent political deal between the military and Prime Minister Abdalla Hamdok.

Read Sudan — who is behind the coup?

Internet services on Thursday were down in the capital and other areas prior to the demonstrations, as providers cut mobile services, with only landline connections remaining available.