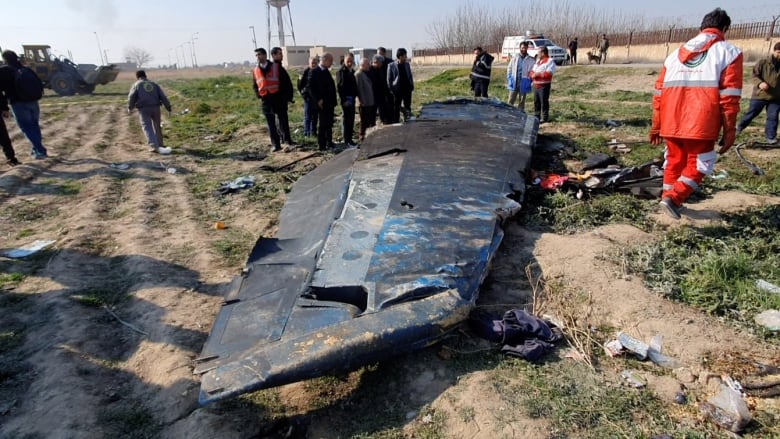 An Ontario court has awarded $107 million, plus interest, to the families of six people who died in the destruction of Ukraine International Airlines Flight 752 almost two years ago.

The decision was issued publicly today after Justice Edward Belobaba of Ontario’s Superior Court of Justice ruled in May that the destruction of the commercial plane shortly after takeoff in Tehran was an intentional act of terrorism.

Iran’s Islamic Revolutionary Guard Corps shot down the plane on Jan. 8, 2020, killing all 176 people onboard, including 55 Canadians and 30 permanent residents.

The six family members awarded compensation by the court lost spouses, siblings, children, nieces and nephews aboard Flight 752, according to a statement from their lawyer Mark Arnold. They had filed a civil lawsuit against Iran and other officials they believe were to blame for the catastrophe.

In a decision dated Dec. 31, Belobaba awarded $100 million in punitive damages to be shared by the estates of the six victims. The decision awarded another $1 million to family members for the loss of guidance, care and companionship, and $6 million for pain and suffering.

Arnold has said that his team will look to seize Iranian assets in Canada and abroad. He said Iran has oil tankers in other countries and his team will be looking to seize whatever it can to pay what the families are owed.

The case was filed by Shahin Moghaddam, Mehrzad Zarei and Ali Gorji. Fearing reprisals from Iran, some of the other plaintiffs withheld their names.