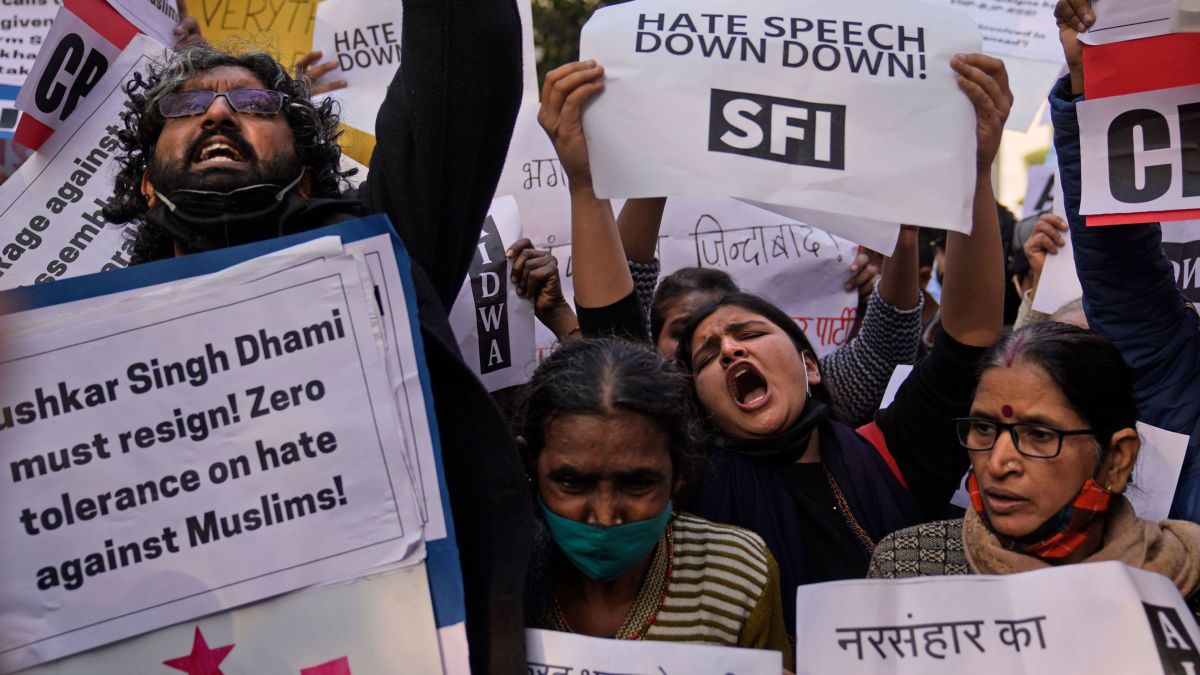 Delhi, India (CNN)At a conference in India last month, a Hindu extremist dressed head-to-toe in the religion’s holy color, saffron, called on her supporters to kill Muslims and “protect” the country.

“If 100 of us become soldiers and are prepared to kill 2 million (Muslims), then we will win … protect India, and make it a Hindu nation,” said Pooja Shakun Pandey, a senior member of the right-wing Hindu Mahasabha political party, according to a video of the event.
Her words and calls for violence from other religious leaders were met with a roar of applause from the large audience, a video from the three-day conference in the northern Indian city of Haridwar shows.
But across India, people were outraged. Nearly a month on, many are still furious at the lack of government response or arrests over the comments, which they say highlights a worsening climate for the country’s Muslims.
After mounting pressure, India’s top court intervened on Wednesday, asking for a response from state and federal authorities within 10 days.
Pandey and several others are being investigated by local police for insulting religious beliefs, a charge that carries a possible sentence of up to four years in prison, Haridwar police officials told CNN.
Neither Pandey, nor the others, have publicly commented about the outcry or investigations.