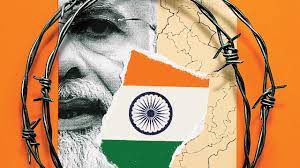 ISLAMABAD: When World Religion Day was celebrated across the globe on Sunday, India under fascist Narendra Modi has become a dangerous country for Muslims and Christians.

The US State Department, it said, has released its international religious freedom report, which paints a dark picture of the situation for religious minorities in India. The report said, apart from US report, reports by Mumbai-based Centre for Study of Society and Secularism and UK-based Minority Rights Group International both have indicated that minority groups in India are increasingly encountering hate crimes, such as lynching, threats, attacks on places of worship and forced conversion.